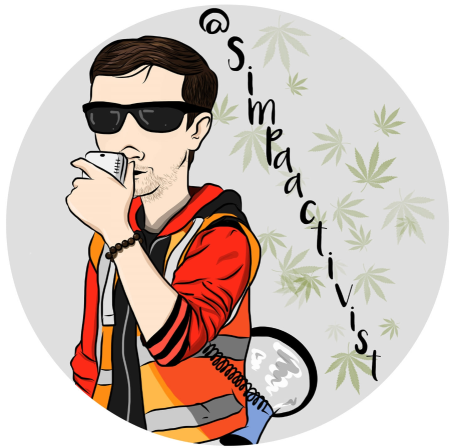 A Call to Arms

An open message of solidarity to the Canna Community

To whom it may concern,

We have all unwittingly been sowing the seeds of distrust, dismay, and despair within our own community by supporting the continued subdivision of our noble cause; ending Cannabis prohibition. These seeds have quietly taken root and have been growing unchecked in all corners of our community for decades.

Activism, advocacy, anarchism, and academia have all seen this narrowing of interest and passion to smaller actions and campaigns around “Medical Cannabis”, “Industrial Hemp” and “Marijuana” that has been to the detriment of all parties and the wider world.

This particularly peculiar and pernicious flora has come to fruition in recent years. Its first bounty is now being harvested in the form of “Legalised Medical Cannabis” in the UK. This corporate victory was primarily achieved by the weaponising and astroturfing of our community to push their narrative, agenda, and the pharmaceutical paradigm until we ourselves began believing it.

When the legislation passed on November 1st 2018, our once loud and proud orchestral annunciation of truth and justice was left broken, raspy and cacophonous, unable to muster little more than a death rattle in opposition as we choked on the scale and scope of their betrayal. 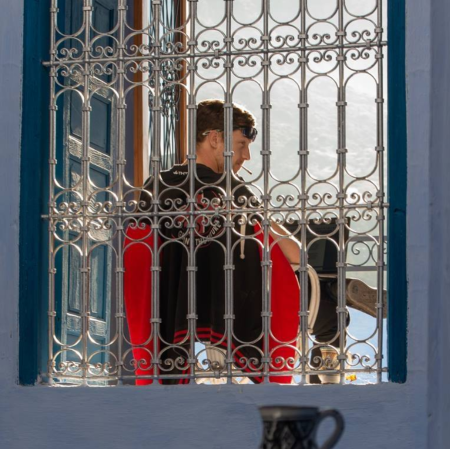 We have all been misled into supporting and championing divisive singular narrative campaigns around cannabis. We have been led to advocate for Hemp over Cannabis, and inferior “legal” cannabinoids over other illegal ones, leaving the socially corrosive and criminalising status quo unchallenged. This has allowed for the individual synthesizable, patentable, and profitable components of the plant to be commodified, commercialised, and monopolised by corporate proponents who claimed to uphold the same ideals and serve our collective common goal of “freeing the weed” once and for all.

This has never been more self- evident than the current situation in Europe as the EU now moves to clarify its position on CBD as a narcotic, using the interpretation of the fraudulent and fascistic 1961 UN Single Convention on Narcotics as its justification. The Convention states that any and all components or derivatives of the plant Cannabis Sativa L are Schedule IV meaning they have “particularly dangerous properties” and are “likely liable for abuse” so therefore must remain illegal.

If they take this position it would put all of the CBD and Hemp companies and individuals that have profiteered from the perpetuation of prohibition – while Cannabis dealers and community champions faced incarceration – back in the pile with the rest of us. So, isn’t now the most opportune moment to cease these nonsensical definitions and divisions? To stop individual pursuits of profit? To band together to once and for all to liberate this plant from a century of propaganda, paranoia, and prohibition? 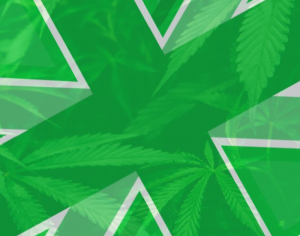 The British government as we know tried to get around these restrictions for medicinal use years ago by updating their original 1971 Misuse of Drugs Act with the Misuse of Drugs Regulation 2001. This allowed for Schedule 1 (1971 scheduling) drugs to be lawfully controlled, possessed, and supplied by prescription, while non-controlled supply and production of the exact same substance remained illegal. This greatly helped GW Pharmaceuticals and it’s vulture capitalist investors use the legislation as protection. They later got Home Office approval to launch their first Cannabis-based drug, Sativex, in 2006, thus avoiding prosecution for cultivating, processing, and distributing a Schedule 1 drug.

The subsequent “legalising” of “Medical Cannabis” in 2018 went a step further by creating a new class of Cannabis as a drug in Schedule 2. “Medical Cannabis” is defined in the legislation as a “Cannabis-based product designed to use in humans” acknowledging that it has some “accepted medical value” The deliberately use of “Cannabis-based” is ambiguous and Orwellian language, that I suspect has been used to allow for non-Cannabis derived medications under the interpretation of the law. It was also enough to placate the average advocate and naive tabloid reader into believing that everyone needing cannabis for its medicinal benefits are now legally allowed to access it.

In reality, this couldn’t be further from the truth. To date, the NHS has only issued TWO prescriptions and there have been less than a hundred private prescriptions handed out by the ever-growing gentrifying and profiteering private clinics. These establishments are predominately patronised by those fortunate enough to be able to afford hundreds of pounds for the pleasure of being told that “Medical Cannabis” can greatly reduce their symptoms and help them manage their condition.

It is the same plant that produces the full extract cannabis oil (FECO) that can help treat Cancer, Crohns, and countless other conditions that give us the raw materials to negate the toxic and environmentally destructive practices and by-products of some of the most polluting industries on the planet.ynthetic cannabinoid analogs, non-cannabis-derived cannabinoids, and other “Cannabis-based” pharmaceuticalised drugs. This would negate the restrictions of the conventions altogether and greatly compounding some of the most sinister socioeconomic and individually destructive elements inherent in prohibition.

I worry that the CBD industry and the emerging private British healthcare sector – which will be created through impending US trade deals – will be Cannabis-free in the coming years. By the perfecting of synthesising and extraction techniques of non-Cannabis derived cannabinoids, terpenes, and other compounds present in Cannabis, they will nullify and mute the medical argument as an avenue to truly relegalise cannabis for all therapeutic uses. Only the therapies that they approve and profit from personally will be allowed to flourish.

It is these lessons that I implore you to learn from to help us all avoid the next big astroturfing project that is coming from the same minds behind the campaign to “LegaliseMedical Cannabis” in the UK. Their next target is the “Hemp Industry” or as it should be known as, the “INDUSTRIAL CANNABIS” industry. In exactly the same way we empowered the medical paradigm, we are doing the same by calling the industrial properties and applications of Cannabis, “Hemp”. Cannabis is Cannabis. End of.

The regurgitation of these misnomers will only further confuse and coerce the layman into believing that “Hemp” and “Cannabis” are different plants. One with the potential to grow a brighter future and the other a dangerously addictive drug that causes psychosis. The continuation of this paradigm by stigmatising and segregating the industrial, medicinal, and individual conscious expanding uses of the Cannabis plant has been to the detriment of every living creature on earth.

It is the same plant that produces the full extract cannabis oil (FECO) that can help treat Cancer, Crohns, and countless other conditions that gives us the raw materials to negate the toxic and environmentally destructive practices and by-products of some of the most polluting industries on the planet. The day to day processes and procedures of these global industries; Energy, Fashion, Agriculture, Construction, and Transportation, are currently contributing to an ecological and environmental genocide. From endocrine disruptive chemicals like Dioxins that are used to colour timber pulp paper (which is now so ubiquitous that they are present in all mammalian breast milk), to the Schedule one carcinogens BPAs and BPZs present in all petroleum-based plastics (and now found in the faeces of all humans), to the earth-scarring mineral mining techniques that tear open the earth to remove elements that are no longer needed in a world where Cannabis is legal. All of these crimes against nature are a direct result of the vilifying and demonising of this plant nearly a century ago. 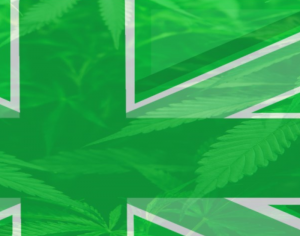 There is no such thing as a “medical cannabis plant” or a “hemp plant” – There is only Cannabis and its innumerate cultivars. The misuse of nomenclature is a tool that this small cabal of cannibalistic capitalists wields to subjugate and divide our movement for their own sinister fiscal ends. We must above all else first standardise the terminology around Cannabis. This ultimately means accepting the truth, there is only Cannabis and its industrial, medicinal, and conscious expanding properties and applications.

We have cultivated the Cannabis and delicately woven its fibres into the ever-tightening noose around our necks by allowing the subjugation and arbitrary distinctions of “Medical Cannabis” “Hemp”, and “CBD”. Allowing these independent industries to arise and operate while the common man remains criminalised, creates a profit incentive for those industries to fight to continue their monopolies by demonising the other aspects of this wonderful plant.

In commercialising certain parts of Cannabis we have allowed it to be taken over, controlled, and regulated by vulture capitalists and ruthless individuals intent on profiting from the perpetuation of prohibitive policies.

The UK is not the USA. The factors that have allowed for dispensaries, GYO, the use of flowers as “medicine” and an industrial sector will not happen here while we are governed by these pirates in power. They will seek with every action to accumulate more control and wealth from the creation of any new Cannabis-based industry, be it medicinal, industrial or commercial.

Ultimately, until we stop infighting over the potential crumbs that fall from their table and focus on building our own damn table, there can be no tangible progress. Without a parlay between the individual fractured industries, the various activist and advocate groups within the community and wider industry, there can be only one outcome: The “legalisation” and “medicinalisation” of a plant whose potential could have saved the world, into just another soulless commodity destined to destroy it.

In all good conscience, no individual or industry should be allowed to profit while others remain criminalised and incarcerated. Our only option for resistance at this point is to revolt against the installation of the Prohibition 2.0 paradigm and the co-opting of our culture and community.

We must unify to cultivate a future fair and equitable for all consumer and non-consumer alike by tearing up the antiquated, racist, and fascistic drug laws. So I ask you, what better time than now to sow the seeds of equity, justice, and prosperity? My friends, its time we call for a Cannabis revolution and rebellion.